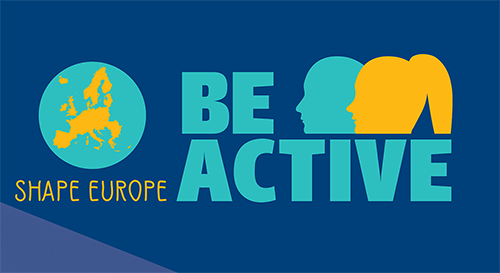 For our second event, the National workshsop, for the Be Active – Shape Europe project our team in Lewisham created and facilitated a workshop for young people who live in the borough of Lewisham. The outcome was to youth participants an introduction to primary ideals of the European Union and to work with politicians and policy makers to influence change and be active citizens. 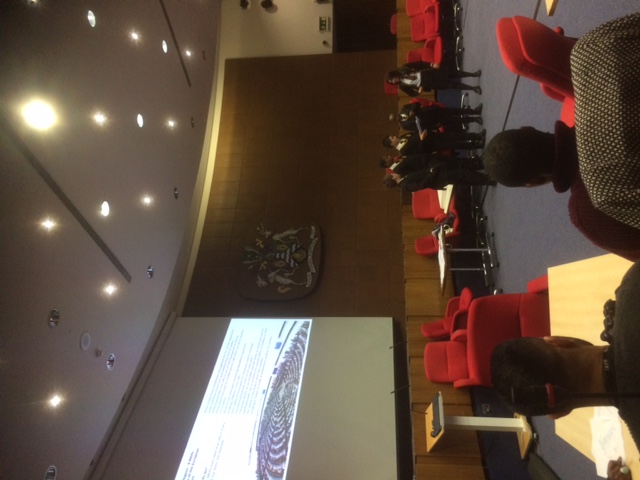 As part of the workshop we started with an introduction to the primary ideals of the European Union along with some icebreakers to start to give the youth participants an opportunity to explore what they already know and build a safe space to discuss individual thoughts and experiences based on the topic of what citizenship means and being a part of Europe.

Going forward in the workshop with the young people we discussed what countries are a part of the European Union, facts about the EU and what it was set up to do and how that information filters into their daily lives both on a formal and informal level. Many of the young people had varying knowledge in terms of what they’ve been told, experienced versus facts such as policy making and their human rights and how that is observed both nationally and internationally.

Within our workshop we also delivered activities where the young people were able to brainstorm what it meant to them to be an ‘active citizen’ and how they have in the past taken part in regional and local programs that allowed them to be a part of civic life. Some young people have been active locally and others were keen to find out and talk to politicians and policy makers.

Throughout the workshop the youth participants took part in debates based on various statements relating to the overall workshop objective. This provided a space for young people to fact check and challenge biases whilst sharing good practices of youth participation based on personal experiences. Some examples were of young people who have been a part of Erasmus + exchanges and taking part in trips to the European council. 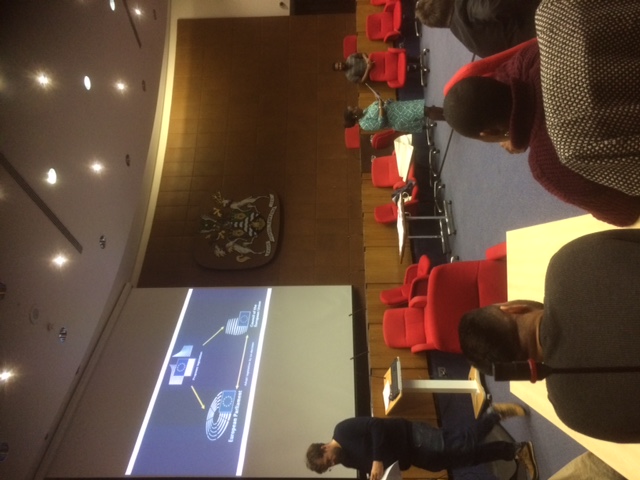 In the end the young people who participated all had a greater understanding both about what the European institutions are and what it means to them to be European. As well as being active in Lewisham and the UK it helped them understand how they can be active citizens in Europe and in the world. Many of the young people have parents and family who are part of the diaspora from the Caribbean or from west Africa, and also have family in other parts of Europe, it helped them to think about what is important about being European for them as individuals and as part of communities.

Brexit has obviously been a huge topic of discussion and speculation for young people trying to work out what it means for them and their families. So good debate was had but it is still difficult to draw conclusions as we all know it is an ongoing and very complex process. The young people now have a better fundamental understanding of the context and possibilities, which they can use to inform their decisions, discussions and actions in the future. As active citizens they are in a better place to interact and work with politicians and policy makers about the changes they would like to see locally, nationally and in Europe. Local politicians and policy makers are very supportive and have met with the young people to discuss their intereste, ideas and concerns

[1]First slide from our presentation used to set the scene for the workshop. 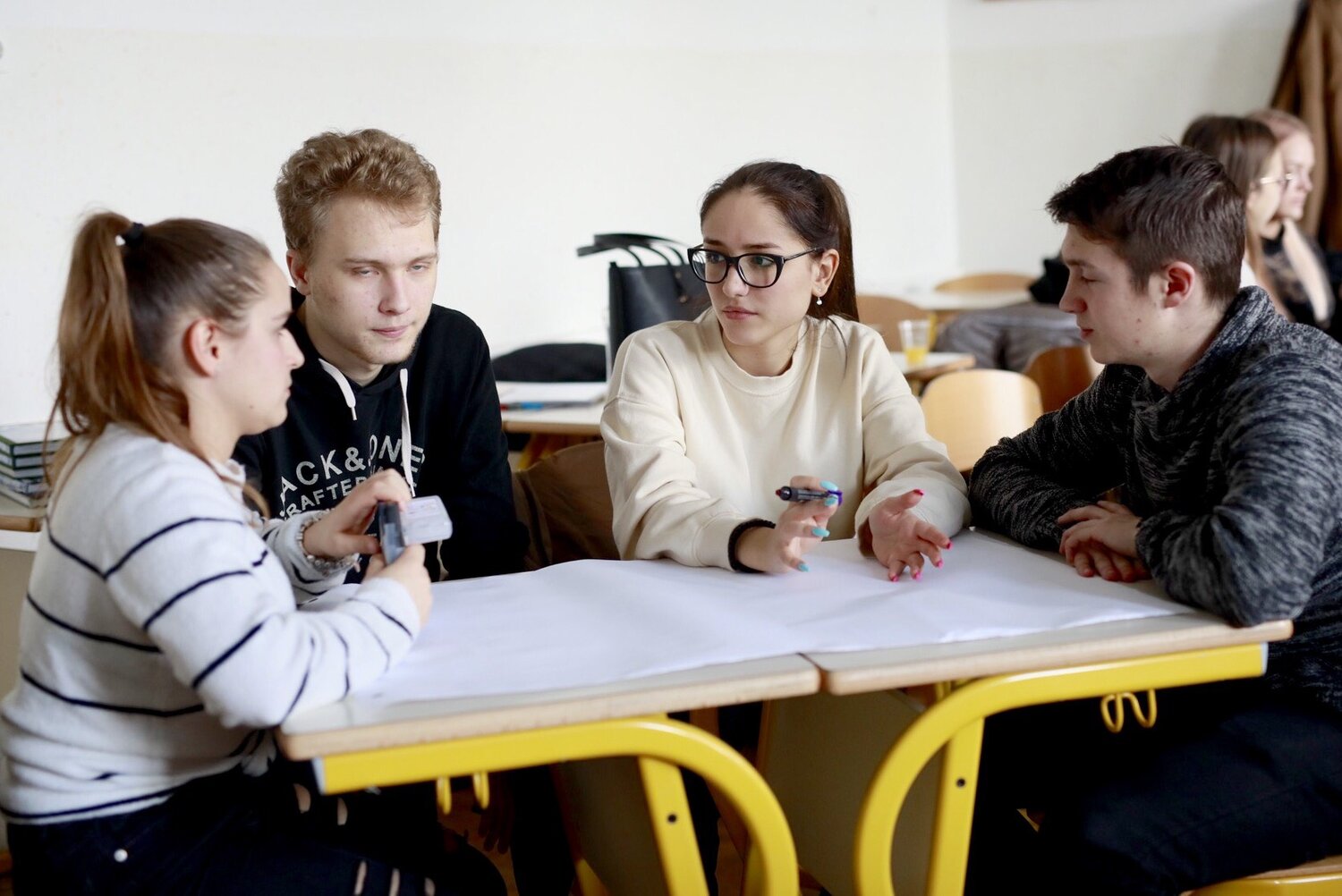 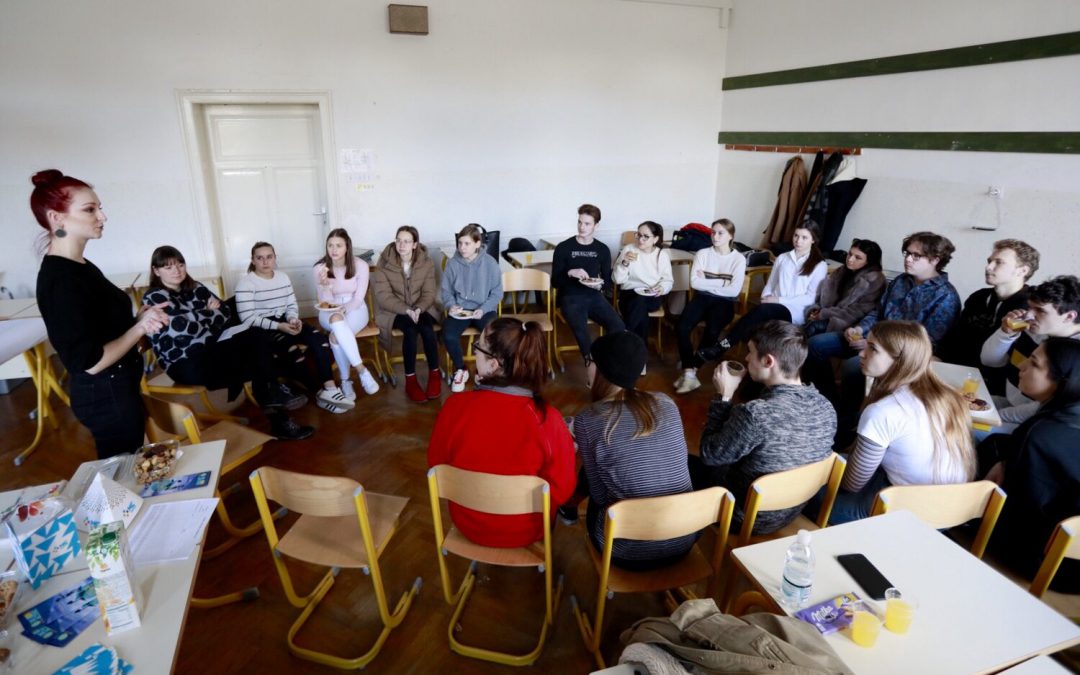 On Wednesday, 5 February 2020, we held a workshop at the First Gymnasium in Maribor as part of the BASE project, which is funded by the Europe for Citizens program and encourages young people to participate more and reflect on safety in various contexts of young people’s lives.

At the workshop, 3rd year students thought about how (un) safe their school space is and what are the challenges they face in school in the field of safety. They also looked for solutions on how their space could become safer.

Among the more interesting were the learning camps to make it easier for them to integrate into the new, high school space, greater consideration of their opinions and increased understanding of their problems by professors, functional tutoring, more active ombudsman and more general security in school with tighter surveillance of security guards and protected areas of the school with cameras, as they believe that this would reduce the number of entries of random, potentially dangerous school visitors, as well as reduce physical and psychological violence.

Students stressed the importance of being heard, of being able to participate in discussions concerning their safety, and that such workshops should become more frequent in their school space.