A meeting between youngsters and specialists developing and applying youth policies, was held in Varna 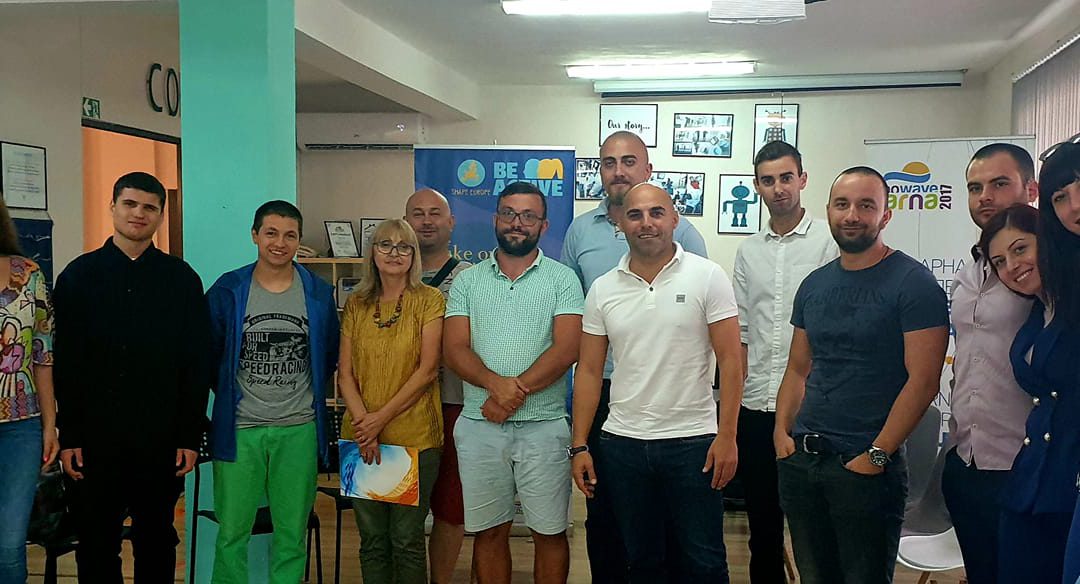 A meeting between youngsters and specialists developing and applying policies, related to the young people took place in Varna on Sunday 14 of July.

The discussion was organized by the association Varna- European Youth Capital.

Young people from the age of sixteen to thirty attended to the event, including workers, students, doctorates. They had the opportunity to exchange information, opinions and ideas with Mrs. Radka Todorova, Head of The Youth Activities Department of The Education and Youth Activities Directorate of Varna Municipality and Mr. Martin Baychev a second term Municipal Councilor and Chairman of the Standing Committee “Youth Activities and Sports at The Varna City Council. 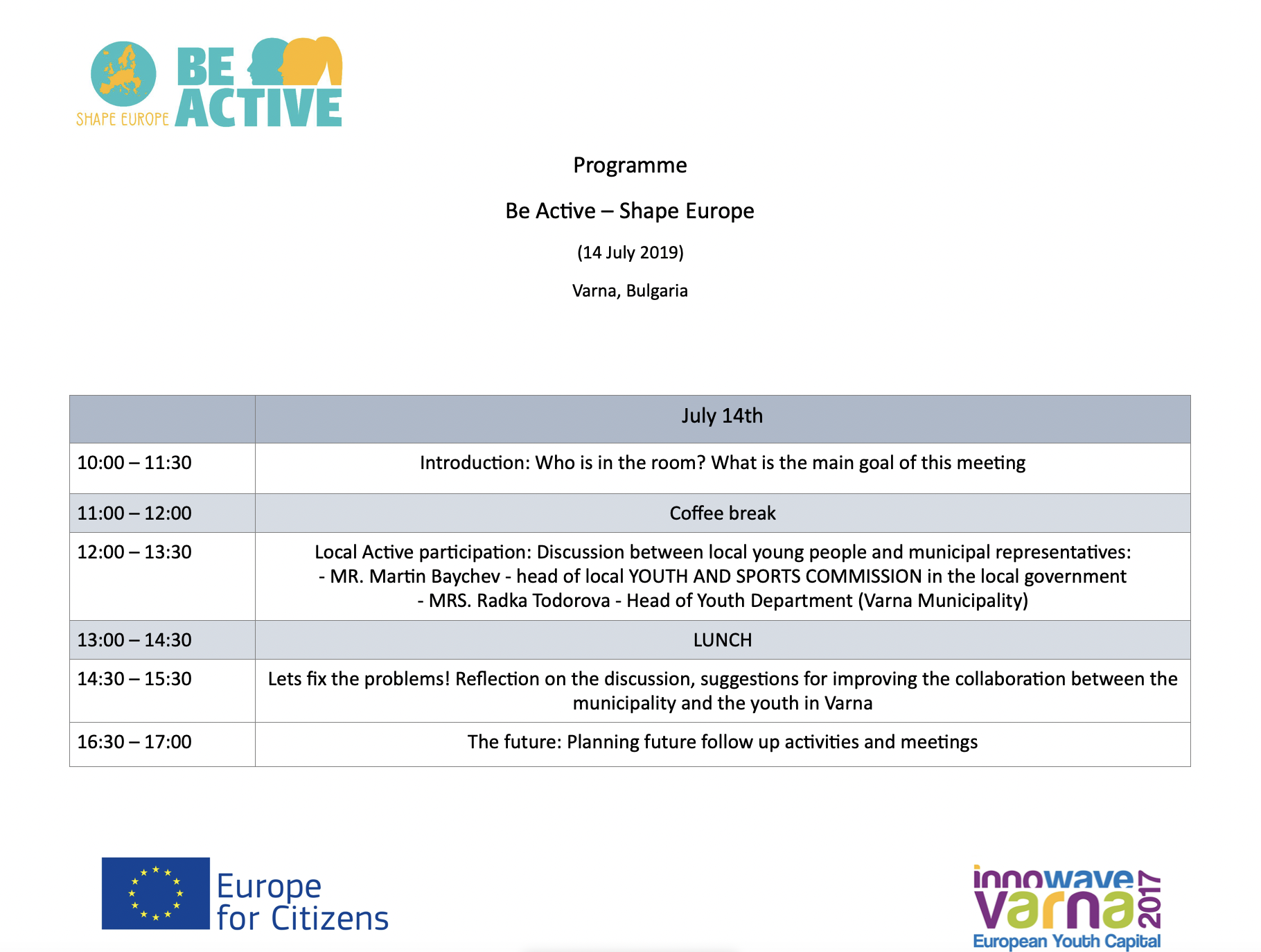 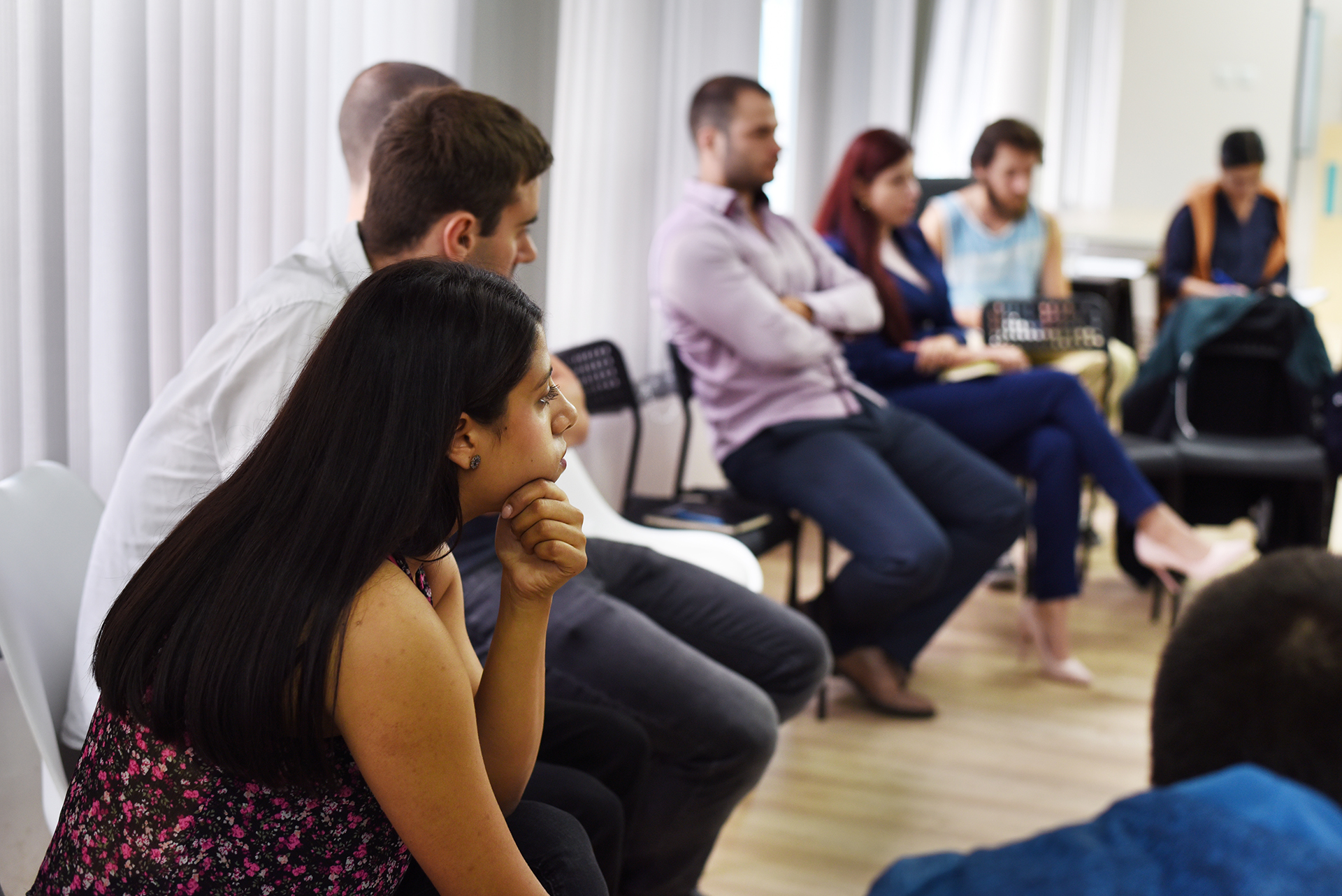 Moderator of the discussion was Sergey Petrov-Executive Director of Varna-EYC. During his brief appeal opening the meeting, he again reminded that the purpose of this format is to overcome the distance between young people and decision-makers, which seems to exist in our minds and to gain a fulfilled dialogue between equal partners. 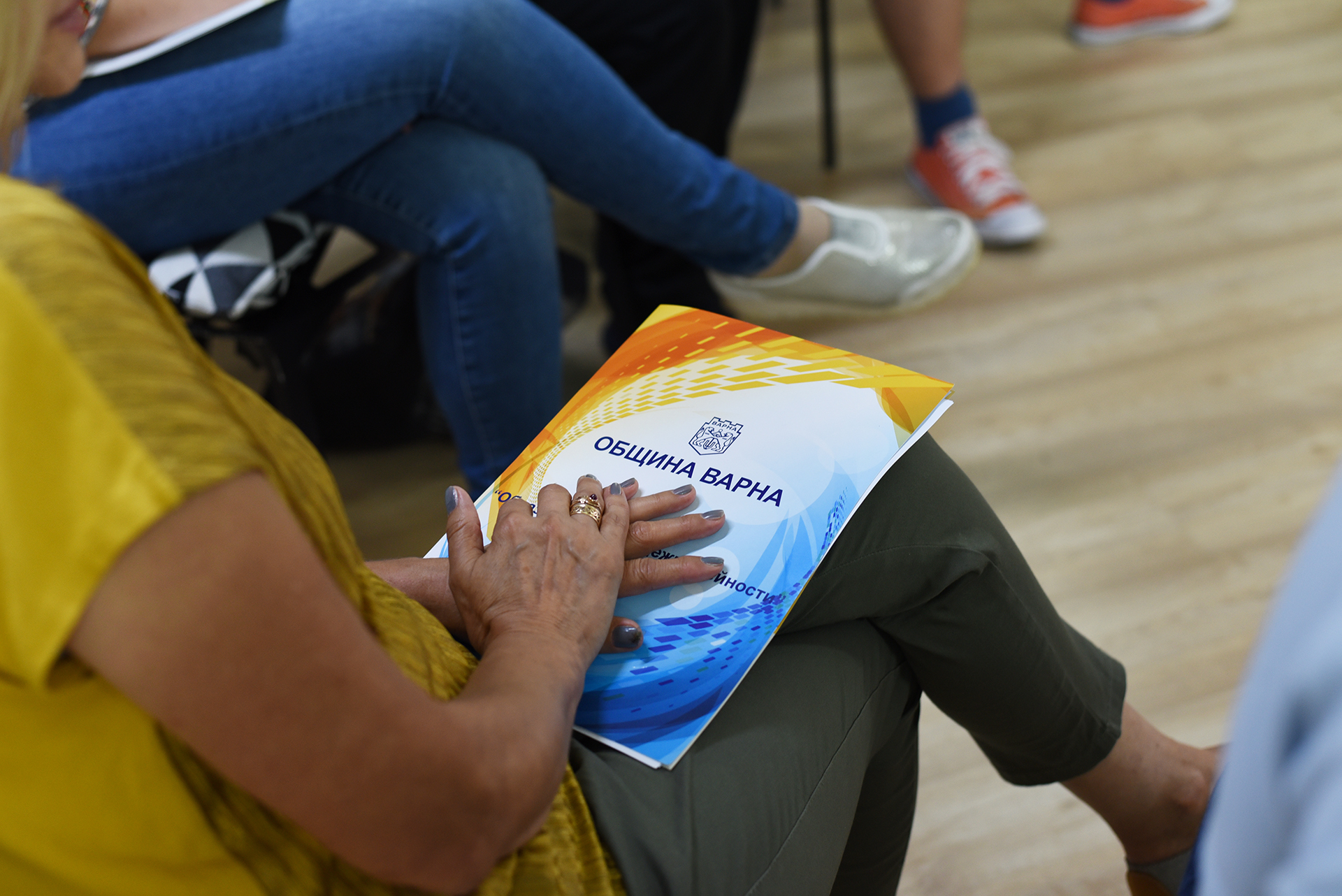 Martin Baychev noted how important is to him as a chairman of the Committee “Youth Activities and Sports” that face-to-face communication with young people. He encourages the participants to submit suggestions and ideas.

Mrs. Radka Todorova , the Head of The Youth Activities Department of Varna Municipality presented the policies and opportunities offered by the Municipality of Varna including: Youth projects financing, Municipal Voluntary Service, Municipal Youth Advisory Council, funding of all students council in the city.

In the beginning the discussion was focused on the youth activity in the city. Specialists report a decline in the last year, given the number of volunteers enrolled and the suggestion for the youth projects submitted. Sergey Petrov noted the municipal advisory council isn’t active enough.

In the words of young participants, the thesis “Nothing depends on us” is very popular among them. Dimitar Ivanov, a student at The Mathematics High School, believes that young people under 18 have much more time that they could dedicate to volunteering and project work than people over 18. Those who are students often use non-teaching time entirely to work and therefore do not get involved in other initiatives.

Another main focus of the discussion was the communication channels through which information reaches young people in the city. The main opinions were mixed. On the one hand some of the participants came to a conclusion /shared a common point of view that more emphasis should be placed on social networks and more information should be provided to young people who are not part of student councils or NGOs.

According to Marten Demirev from the “Innovator” Foundation young people are key factor. Much higher activity is needed on their part. The problem is not the lack of information or the channel through which it is provided. He even gave an example that active young people can always do something to spread information.

Martin Baychev added that the Committee on Youth Activities and Sports is in session every month and examine/look at letters of interest from young people or youth organizations. He encouraged youngsters to submit concrete suggestions after the meeting.

The team of  Varna -EYC together with the Youth Activities Department are implementing new ways to motivate young people for more active dialogue with local authorities, for participation in community life and citizens’ initiatives, said Sergey Petrov. The Civic Education Academy was held for the second time in March this year. For example it is one of the successful initiatives in this direction. It gather together young people, most of them are not a part of civic associations. The specialists explain in understandable language fundamental concepts such as civic society, youth participation in democratic processes and how institutions function. „The facts that 6 of the young people who attended the Academy are on the meeting shows that a sustained interest was provoked.“ said Sergey Petrov.

By the end of the year Association Varna-EYC together with Varna Municipality is planning a campaign to promote volunteering.

The meeting ended in a very positive tone, the participants thanking the representatives of Varna Municipality for the open dialogue and the lack of distance. 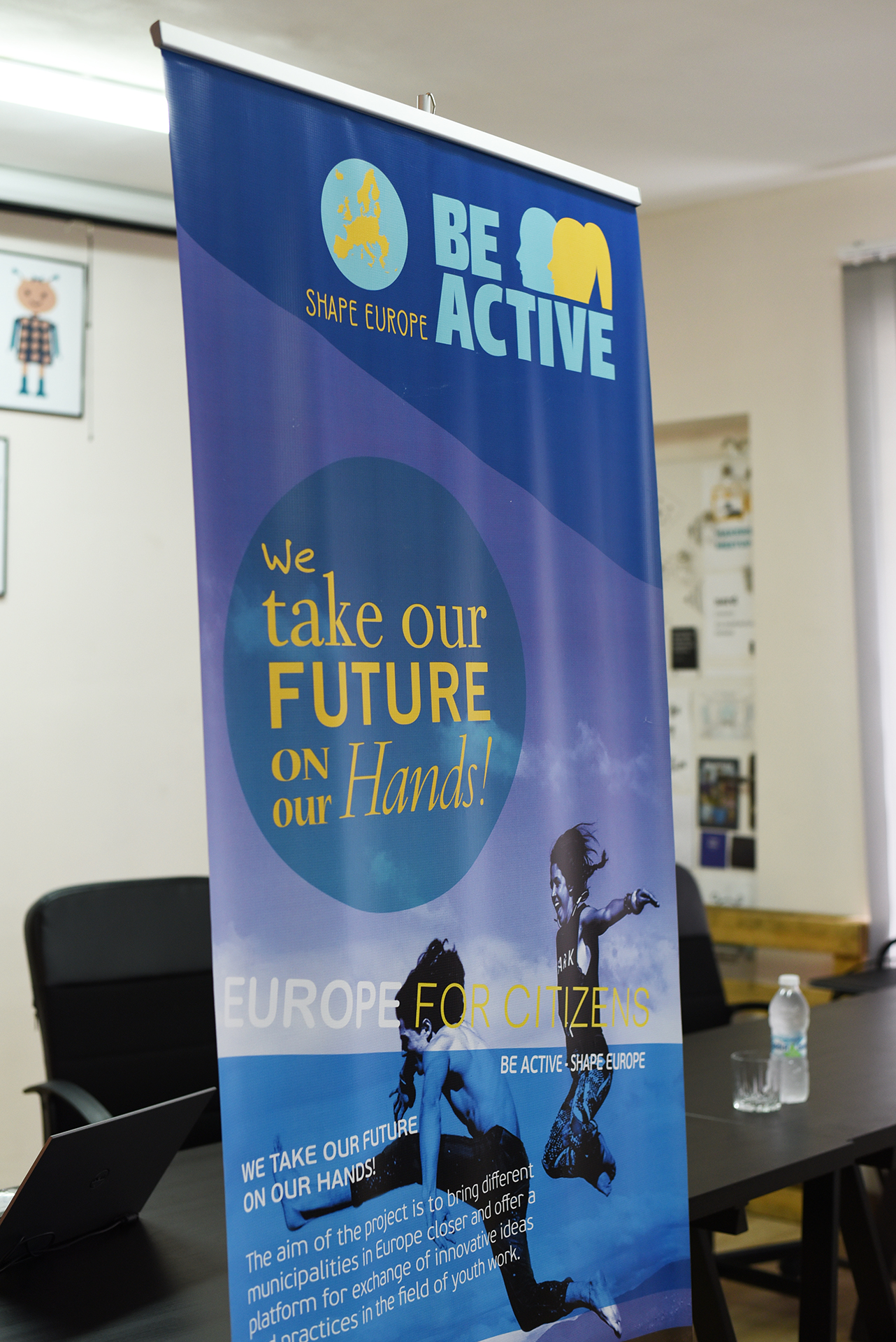 The discussion was realized within the framework of the international project “Be active, Shape Europe” funded by “Europe for Citizens”. Partners are organizations from a total 6 EU countries. The project is intended to provoke interest in issues related to our common European home and involve a total 440 young people in six countries.