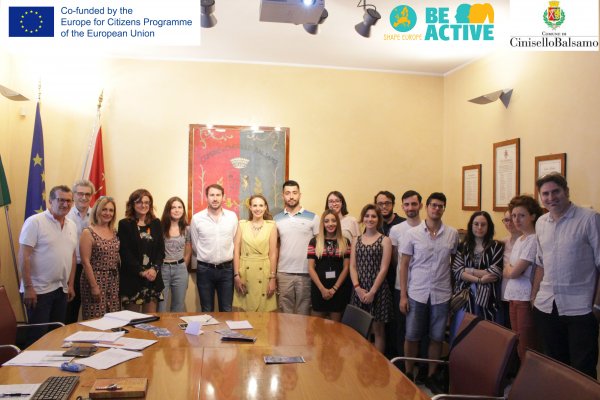 STRUCTURED DIALOGUE: THE SUCCESSFUL CONCLUSION OF THE “BE ACTIVE SHAPE EUROPE” FIRST PHASE

On the date 4th July 2019, from 10.00 to 13.00, was organized and successfully concluded the activity of the first “Be Active Shape Europe” phase, a project financed by the European Commission within the “Europe for Citizens” Program that aims to bring together young people and policy makers, promoting at the same time the active citizenship, social inclusion and solidarity among young people.

The Structured Dialogue, already developed in other and various local realities, thanks to support of the project partners of Greece, United Kingdom, Slovenia, Portugal and Bulgaria, for the first time in history of the Cinisello Balsamo municipality has been organized as a meeting between Giacomo Ghilardi, Major of the city , and the City council members with representatives of the young residents of the city. The meeting was held at the Executive Boardroomon the first floor of the Municipality.

During the meeting that was organized by the operators and interns of the Civil Service of the Youth Policy Department of Cinisello Balsamomunicipality , were expressed the ideas, visions and necessities of youngsters in the city in order to make the city a better place to live. It was also a moment of sharing the reasons why, until now, there has been a gap between youth realities and decision makers, discussing over the creation of a channel for the open communication along with the local administration representatives. The mechanism would be a sort of a permanent 2 ways direction tool that would allow both sides to have an open and constant dialogue, which will influence and motivate the youngsters to participate more actively in the future city development 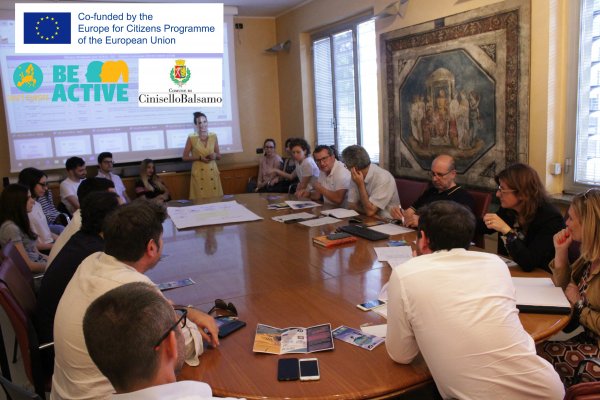 The willingness that has been shown by the Major and the City Council members for evolution of the future project proposals was extremely important and appreciated by the city youngsters who will continue the path through the intense workshop, which will be organized and guided in the following months, in order to formulate tools and suggestions to present as a model at the European level. 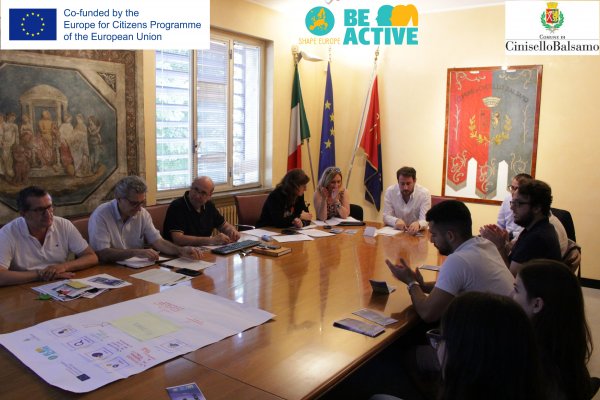 The spirit of initiative shown by the youngsters and positively highly valued by the local administration representatives has outlined a historic moment and turning point for the municipality, which already for years, stands for the important example at national level when it comes to youth related policies. It was agreed that youth participation as a chance to get their opinions taken into account and have their views taken seriously is crucial for the creation of better services in order to meet their aspirations, rights and needs.